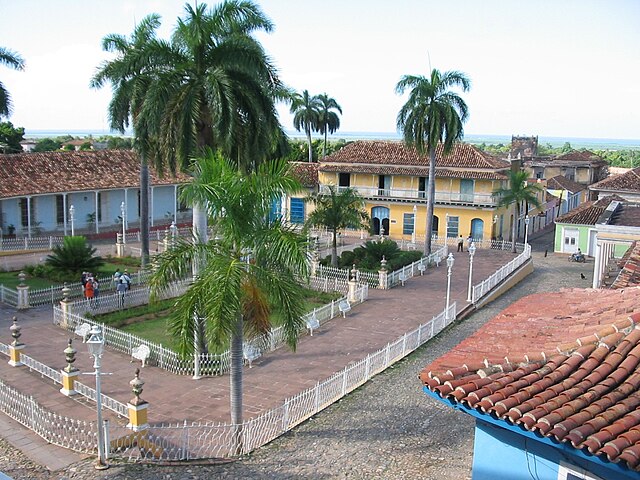 It’s easy to get excited by the sweaty heat in Havana, especially when it comes to the ever-loosening of restrictions on the property market in Cuba. But don’t get carried away, unless you’re getting excited by your new Cuban wife or husband who just might be your ticket to what seems to be the latest property paradise.

Cuba has recently announced that it will overhaul its constitution and will provide protection for property rights, although the exact details are still not clear. There will then be a referendum later this year, where the new constitution will almost certainly be rubber-stamped by the Cuban populace. And Americans, especially Cuban Americans, are salivating at the possibility of purchasing land and homes on the socialist republics’ sunny shores.

But it’s important to remember that this is a story that is as old as the American Revolution itself. Cuba has been lusted after by the United States since the earliest days of the American Republic. Thomas Jefferson himself was particularly keen on actually adding Cuba as a new state. Here’s the Founding Father himself in a letter to then-President James Monroe in 1823:

I have ever looked upon Cuba as the most interesting addition which could ever be made to our system of States.

Since then there’s been a lot of history between the US and Cuba, with the Spanish-American War and Castro’s revolution as the two key turning points.

The point being, don’t expect Cuba to turn into South Florida overnight because the new President Díaz Canel has proposed a few modest but important reforms to the constitution. That’s because the Communist Party in Cuba is still firmly in control and the new constitution continues to recognize that Cuba’s socialist revolution is “permanent and irrevocable.”

As well, the first step towards creating a property market in Cuba was already taken nearly 7 years ago, in late 2011. That’s when Cubans were allowed – after more than 50 years – to buy and sell homes in Cuba. Foreigners were shut out of that reform and, unfortunately, still are for the most part.

So, what is a foreigner who’s all hot and sweaty over the possibility of a piece of property in Cuba to do?

There are several options:

Cuban-Americans are already pouring money into the island through their family back home and the fact they can travel to Havana with US$10,000 per trip. Their relatives living in Cuba can use that cash to pick up properties. The idea is then to wait until reforms finally allow foreigners to legally own property on the island. This is a risky play to say the least because it requires several uncertain things to happen:

This is a high-risk but potentially high payoff scheme. You will need a trustworthy partner with trustworthy relatives in Cuba, as well as favorable legislation at some point down the road, to make it all work.

Deal directly with a Cuban resident

Canadians and others are not bound by any possible tightening of laws restricting Americans ability to trade and visit Cuba, although they theoretically could be affected by such laws if they have business interests in the US. But for Americans there is a great deal of uncertainty here. And, of course, dealing directly with a Cuban resident means you could be found guilty of breaking Cuban law. That’s a very risky bet that could land you in jail in Cuba, something any investor would want to avoid. How to get around that?

Get married to a Cuban who is a resident of Cuba

This is what this site, https://marryingacuban.com, is concerned with, if you’re interested in this route. This way your Cuban spouse can buy a property legally with the cash you bring in to the country. There’s a catch though. The property will be in her or his name, not in yours. That means that marriages of convenience are most likely not the best way to try and pick up something on the island. Of course, if your marriage can last long enough for the laws to change in Cuba and for you to after-the-fact gain title to the property or to your share of the property, then it may just be worthwhile. But again, that’s also a very risky bet.

Finally, there are a few properties – like certain groups of apartment buildings in Havana, or high-priced resorts – that are approved for foreign buyers. These tend to be expensive given the state they’re in, but it might just be the safest, if hardly the cheapest, way to invest in Cuba. And this is an area that should increase as more properties are classified by the Cuban government as being on offer to foreigners. Don’t expect you as a foreigner, even as one married to a Cuban, to have full property rights in Cuba for a number of years. But it could be that under their new President, Cuba will gradually open up the property market one step at a time.

Overall, you face great potential, but also complex regulations run by a communist government that still curtails basic freedoms for its own people. The risks are many, but the rewards will at some point be there for those who can navigate the island’s waters. Good luck, or as they say in Cuba: Suerte!